As we continue our verse-by-verse study in the book of Genesis, we now move into verse 1 and make some surprising discoveries!

These blogs over the coming weeks accompany the teaching sessions (which can be found in the ‘Teaching & Audio > Sunday Morning Studies’ section of this web-site.

I hope and pray that (if you are a Christian) you are encouraged, edified and strengthened in your faith; and if not, that you would come to see that the Bible really is God’s Word – provably so – and that the greatest privilege of all is to know Him! 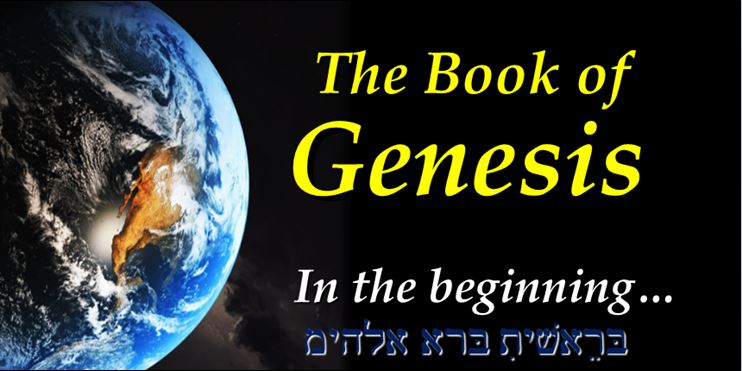 In the beginning God created the heaven and the earth (Genesis 1:1)

What an opening! As we have already noted, our universe, our reality, consists of time, space and matter. Our universe also had a beginning – one of the greatest discoveries of the twentieth century. Thus there has to have been a time when no-thing existed. Therefore, for all that we now see to have come into existence, there had to have been a power at work outside of our physical universe; that power could not have been a ‘thing’ – for it would then be subject to the same laws as the rest of nature – It had to be Someone who is outside of time, not bound by physical constraints.

Here, in just 7 Hebrew words, we are told there was a beginning, and that Someone caused time, space (heaven) and matter (earth) to come into existence. That Someone is God – as Isaiah records: ‘One who inhabits eternity’ (Isaiah 57:15).

It is also interesting to see a trinity of trinities here:

And behind all of this we have THE Triune God, Father, Son & Spirit as alluded to in the Hebrew word Eloheim (translated ‘God’ but literally meaning ‘Gods’). Hebrew words with an ‘im’ ending are plural (i.e. more than one) e.g. Seraphim, Cherubim. Once again, the little details are of the utmost importance.

As was just mentioned, this opening verse contains 7 words, but those 7 words comprise 28 letters (4 x 7). Books have been written about these letters and their corresponding numerical values. As we will go through the Bible we will discover that numbers are often used to represent concepts and ideas. The number 7 (and multiples thereof) is always associated with ‘complete’ and is another evidence of deliberate supernatural design throughout the Bible. We find a 7 day week, 7 colours in the rainbow, 7 branches on the Menorah (Jewish lampstand), the 7 years of plenty and the 7 years of famine in Egypt, the 7 priests and 7 trumpets marching around Jericho, Solomon’s building the Temple for 7 years, Naaman’s washing in the river 7 times, the 7 kingdom parables in Matthew 13, the 7 letters to 7 churches in Revelation, 7 seals, 7 trumpets, 7 thunders, 7 bowel judgments and the list could go on and on. However those are just the ones we observe on the surface of the text. Russian born Dr Ivan Panin spent over 50 years of his life painstakingly exploring the numerical structure of the Scriptures, generating over 43,000 detailed, hand-penned pages of analysis. His findings showed that not only the surface text is filled with numerical patterns, but the very words and letters themselves are specifically chosen to fit mathematical models. Jesus was really not joking when He said that not even a jot or tittle will pass from the law until all be fulfilled!

One final incredible feature found in this verse is two un-translated letters in the middle of the Hebrew text.

In the beginning God, the Alpha & Omega, created the heavens and the earth!

As Jesus said: “Search the scriptures; for in them ye think ye have eternal life: and they are they which testify of me” (John 5:39)

Check back later to see the study notes for verses 2-5! – or if you follow us on Twitter you will automatically be notified when new posts are added.