This teaching was recorded at Calvary Chapel Portsmouth as part of our Children’s service on 30th June 2019.

In this session Pastor Barry looks back at a significant event that occurred 158 years ago (on this day) – ‘The Great Debate’ in Oxford, England, and explains to the Children that, with what we now know from Science, Evolution has been shown to be impossible!

The publication of Darwin’s Origin of the Species on 24 November 1859 caused ripples through an academic community that, up to that point, had accepted the Biblical explanations of our origins. Sir Isaac Newton (1643 – 1727), among other prominent scientists (including René Descartes), upheld “that the physical laws he had uncovered revealed the mechanical perfection of the workings of the universe to be akin to a watchmaker, wherein the watchmaker is God”. 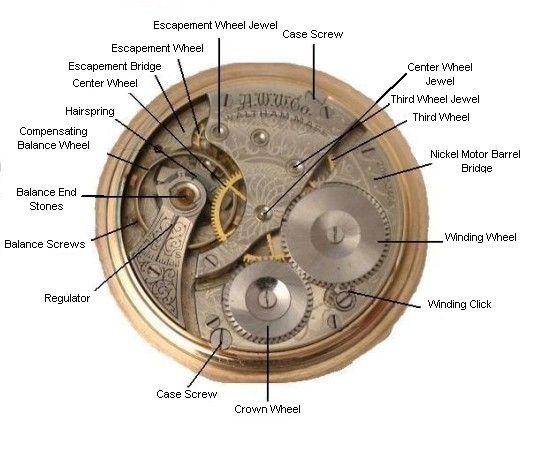 Bishop William Paley (1743–1805), in defending the Biblical view, and building on Newton’s comments said that the watch, with its gears, springs, and other mechanisms could never arise by the actions of random chance alone; and thus life itself, being immeasurably more complex, could not be the product of random chance either. Scottish philosopher and historian David Hume (1711-1776), who held notoriously ambiguous views of Christianity, responded by saying that “Living systems only have the appearance of machines, Unless it can be proven that living systems are indeed machines at the molecular level, then Paley’s watchmaker argument is irrelevant”

This paved the way for The Great Debate at Oxford on June 30th 1860 where Bishop Samuel Wilberforce (1805-1873) stood to defend the Biblical belief in deliberate design by a Designer (often referred to as The Teleological Argument). Thomas Henry Huxley (1825-1895), nicknamed ‘Darwin’s bulldog’, opposed Wilberforce and sought to champion Darwin’s concept of evolution by natural selection, which had been published less than a year before.

Darwin had said: “If it could be demonstrated that any complex organ existed, which could not possibly have been formed by numerous, successive, slight modifications, my theory would absolutely break down. But I can find no such case” 43. Regardless of however unlikely it may seem, If Huxley could prove evolution was possible, Wilberforce’s argument for design would break down.

Wilberforce is generally considered to have lost the argument because of the challenge brought by Huxley (some also credit Darwin’s friend, the botanist Joseph Hooker). Huxley’s argument was simple: using mathematical logic and the laws of probability he argued that if time is infinite, then the probability must = 1. To ‘prove’ his point he argued that if he be hypothetically given 6 monkeys, each with a typewriter, a limitless supply of paper, and limitless time, the monkeys would, by random key-strokes alone, eventually be able to type all the works of Shakespeare, the 23 Psalm etc. etc. Wilberforce was stumped and it was hailed as a victory for Darwin’s evolution by natural selection.

However, it’s funny how time brings with it illumination!

Thanks to the advances in science, and the invention of the electron microscope, we are now able to see a ‘simple cell’ in a way that Huxley, Wilberforce and Darwin could never have dreamed of.

Michael Denton, in his book, ‘Evolution: A Theory In Crisis’ (1986) stated: “Although the tiniest bacterial cells are incredibly small, each is in effect a veritable micro-miniaturized factory containing thousands of exquisitely designed pieces of intricate molecular machinery, made up of 100,000,000,000 atoms, far more complicated than any machine built by man and absolutely without parallel in the non-living world”

Because of the law of mass action as described above, we can now see the scientific flaw in Huxley’s argument. For a protein to form, it would require the joining together of a long complex chain of amino acids, but as explained, in the proposed early earth atmosphere, in the primordial watery soup, whenever an amino acid joined the chain, an existing amino acid would break off.

For Huxley, this would be the equivalent to one of his monkeys randomly striking the ‘E’ key, then the next key struck – randomly – being the ‘v’; but when the third key was struck, randomly giving an ‘o’,

the first ‘E’ would break away!

Even given limitless time, you would therefore never get ‘E-v-o-l-u-t-i-o-n’.

Sir Fred Hoyle said: “The speculations of The Origin of Species turned out to be wrong… It is ironic that the scientific facts throw Darwin out, but leave William Paley, a figure of fun to the scientific world for more than a century, still in the tournament with a chance of being the ultimate winner”

“Modern microbiology has revealed that even the simplest organisms are complex machines beyond our imagining. Science has refuted Hume and totally vindicated Paley”

May you be blessed, challenged and encouraged by this study!